Math And Science Tuition Centres: What To Expect From The Learning Experience
A Parent’s Guide To Choosing An Enrichment Centre In Singapore
Tips & Tricks for Acing A Level Biology Beyond Tuition | Pamela’s Place
The Learner’s Journey: 7 Benefits of Learning Centre to Students
The Malay Realm – Beyond Concept and Expression 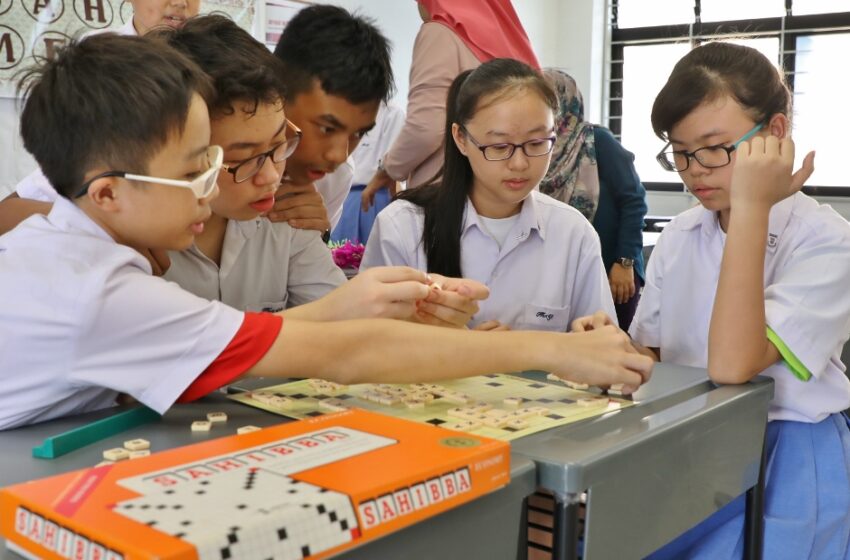 The Malay Realm – Beyond Concept and Expression

The Malay Realm is a very strategic political and economic region since prehistoric times. The geographical position of the Malay Realm which is also referred to as the Malay Archipelago or Malay World is in central area of early human civilization has made this region very important. In the East, the establishment of the Hwang Ho Civilization (now China) created various advances, while in the West appeared Mohenjo-Daro and Harappa (India), Mesopotamia and Babylon (Iraq), the Nile (Egypt) and Athens (Greece), thus making the Malay World the main liaison of the two sides of civilization.

The position of the Malay Realm, which is on the main economic routes, namely the Straits of Malacca, the Sunda Straits, and the South China Sea, has enabled more efficient international trade communications to take place, compared to the very challenging Silk Road route through Siberia. Due to this strategic position, port cities emerged along its coast, which later formed the City Kingdoms, before becoming large Empires. The emergence of the Malay Kingdoms or Empires of Funan (68-628 CE), Sriwijaya or Srivijaya (600-1100 CE), Majapahit (1293-1498 CE), and Melaka (1400-1511 CE), is a reflection of how the Malays became a nation and civilization with a large empire that dominated the Eastern economic route.

Orientalist, Snouck Hurgronje put forth the theory of The Greater India to describe the Malay thought process, culture and civilization comprehensively as part of the Hindu-Buddhist process of Indian civilization. However, the Malay Realm, which is a maritime territory which dominates the economy and politics of the sea, has been part of the Islamic Civilization since the ninth century CE (Common Era). The Malays have become a great nation that recorded the achievements of their civilization as found in the records of China, India, Arabia, and Greece, besides also visited by famous travellers such as Marco Polo (1324 CE) and Ibn Batutah (1377 CE). The Malay Realm has turned into an Islamic area since the establishment of the first Islamic state next to the archipelago in Perlak in 840 CE.

The word “Malay” has become a debate among scholars about its origin. Academically, the word ‘Malay’ was first recorded by a Chinese Historian in 644 CE who referred to it as “Mo-lo-yue.” Some scholars claim that it comes from the word “Himalaya” which is a snowy place, but more agree it comes from the Javanese word, “Mlayu” which means to run or travel, referring to the movement of humans from Greece to the archipelago thousands of years ago. Dr. Burhanuddin al-Helmy said it comes from the two words “Mela” (beginning) and “Yu” (state) which is the State Start. Other assumptions are the word “Melayur” which means hill or highland and “Malaya” in Tamil which means rain.

The term Malay is defined as Austranesians living in the Malay Peninsula and the entire Malay Archipelago. It refers to the Malays in Malaysia, Indonesia, Thailand, the Philippines to Madagascar. More generally it can be said to refer to the race that speaks Malay, practised Malay culture and lives in the Malay Peninsula and Archipelago. In the narrow context of Malaysia, Article 153 of the Federal Constitution defines Malays as people who speak Malay, have Malay culture, and are Muslims. In the sense of race, the Malays are the entire original population of the archipelago.

When discussing the concept of ‘Malay Raya’, Dr. Burhanuddin al-Helmy said that the entire Malay Archipelago included Malaya, Indonesia, and the Philippines. This archipelago is separated today because they were broken up by Western colonialists. This definition is in line with the definition of Encyclopedia Britainica Vol. 14 which states “The Malay Archipelago, also known as Malaysian and East Indies contain in the largest group of islands in the world consisting of more 3,000 islands of Indonesia and 7,000 islands and unnamed rocks of Philippines group. The New Guinea island is arbitrary included in the Malay Archipelago.”

The Malay diaspora covers the whole of Indonesia, the Philippines, Brunei, Singapore, and Malaysia. Currently, in Thailand, the Malay Territory is the whole of the Peninsula to Ratchaburi, 100km South of Bangkok. Tenasserim (Tanah Seri) in Myanmar also includes the Malay area. In the North, it starts in the Nicobar Islands in the Indian Ocean and Farmosa in the China Sea, including Indo-China to the Solomon Islands in the South. From the West, it starts in Madagascar to Fiji. The largest archipelago in the world in Southeast Asia is called the Malay clump and is the area of life for the Malays.

Religions of the Malays

As religion is the core of culture, the Malays have had adherence to various religions, before they embraced Islam. The two main religions practised by the Malays are Hinduism and Buddhism, which are religions adopted as a result of political, cultural, and economic relations with India. In addition, the Malays are also recorded to have embraced Animism and the religion of the Magi. In the early stages, the Malays were generally Hindus until the Buddhist King Asoka (304-232 BCE) ruled India, which caused the Malays to start embracing Buddhism. The rise of Hinduism during the Chola Empire (300 BCE-1279 CE) which invaded Malaya and Sumatra in 1025 CE, has caused the Malays to return to Hinduism. Due to the strong influence of India on the religion of the Malays, the Malays are often called Hindu-Buddhist.

Sheikh Safiyuddin in his book ‘Tarikh Fathani’ mentions that the Malays once influenced by the Persian cuture and embraced the religion of the Magi. However, since 640 CE, Arab-Islamic influence began to exist in Sumatra, before the establishment of the Sultanate of Perlak as the first Islamic kingdom in 840 CE. Since then, Islam began to grow and be accepted peacefully until by the 16th century. The Malay Realm has turned into an Islamic Territory, especially with the emergence of Islamic Kingdoms in various places in the archipelago. Among the most important Islamic kingdoms in the archipelago are Melaka (1400-1511 CE), Johor-Riau-Lingga (1511-1857 CE), and Demak (1475-1554 CE), Mataram (1587-1755 CE), and Aceh (1496-1903 CE). Because of the growth of these Malay Islamic Kingdoms, the Malay Kingdom is called “Daulah Islamiyah Melayuwiyah” as recorded in ‘Itqanul Muluk bi Takdil as-Suluk’ which was the Constitution of Terengganu enacted in 1911 in the reign of Sultan Zainal Abidin III (1881-1918 CE).

Math And Science Tuition Centres: What To Expect From The

A Parent’s Guide To Choosing An Enrichment Centre In Singapore

Tips & Tricks for Acing A Level Biology Beyond Tuition

The Learner’s Journey: 7 Benefits of Learning Centre to Students

The Malay Realm – Beyond Concept and Expression